Ant Design is a design language comes with a set of React component open sourced by Alibaba’s Ant Finance. One can assume its popularity by looking at its 38837+ stargazers on Github.

Just 4 minutes passed the midnight of the Christmas Day, Beijing Time, an issue on the Ant Design Github repo started the wave of outcries from developers who had Ant Design in their dependencies on their production environment, and suddenly found out there were snow on top of their UI buttons, and also changed their titles to “Ho ho ho”.

There is snow on top of the buttons. This is not good for production!!!

This “Christmas Egg” was introduced at commit 00aebeb, from one of the main maintainer of the repo. And the author actually left a comment in the commit, quoted “No need to show this in the changelog”. 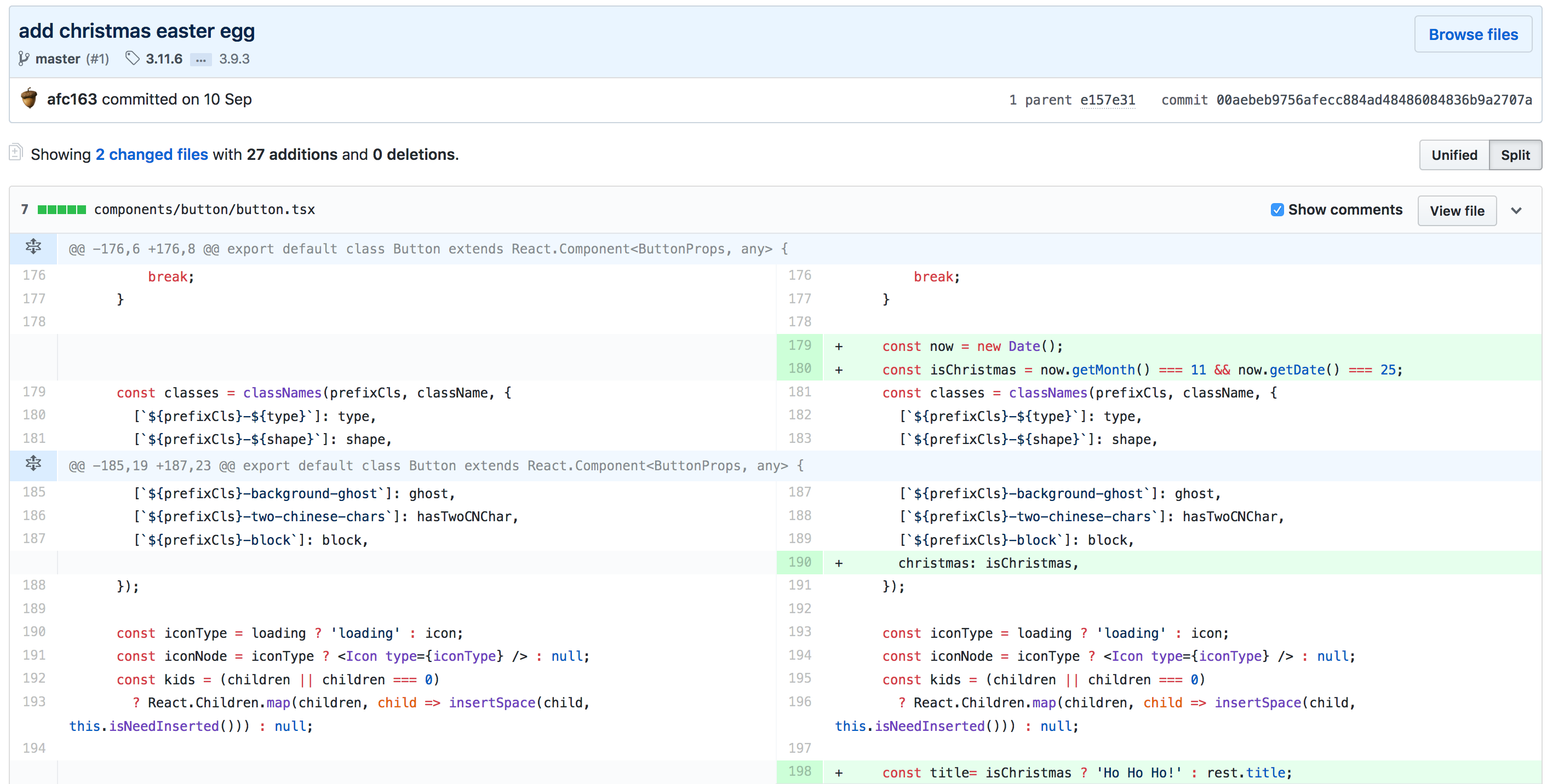 In fact, back in November, more than a month before this Christmas Egg activates, it was already spotted by a developer who created an issue on Github. It was responded by another maintainer of Ant Design with a proposed workaround by overriding the CSS.

This issue became heated with comments after many developers troubled by the behaviour of the Christmas Egg on the Christmas Day in their production environments.

Someone claims they have lost their job because of it. Someone also claims being fired as their employer’s clients are state-run institutions in China. The timing is sensitive and unfortunate as local governments in China are cracking down Christmas celebrations.

The Ant Design team have pinned two issues about the Christmas Egg and its workaround, in Chinese and in English. 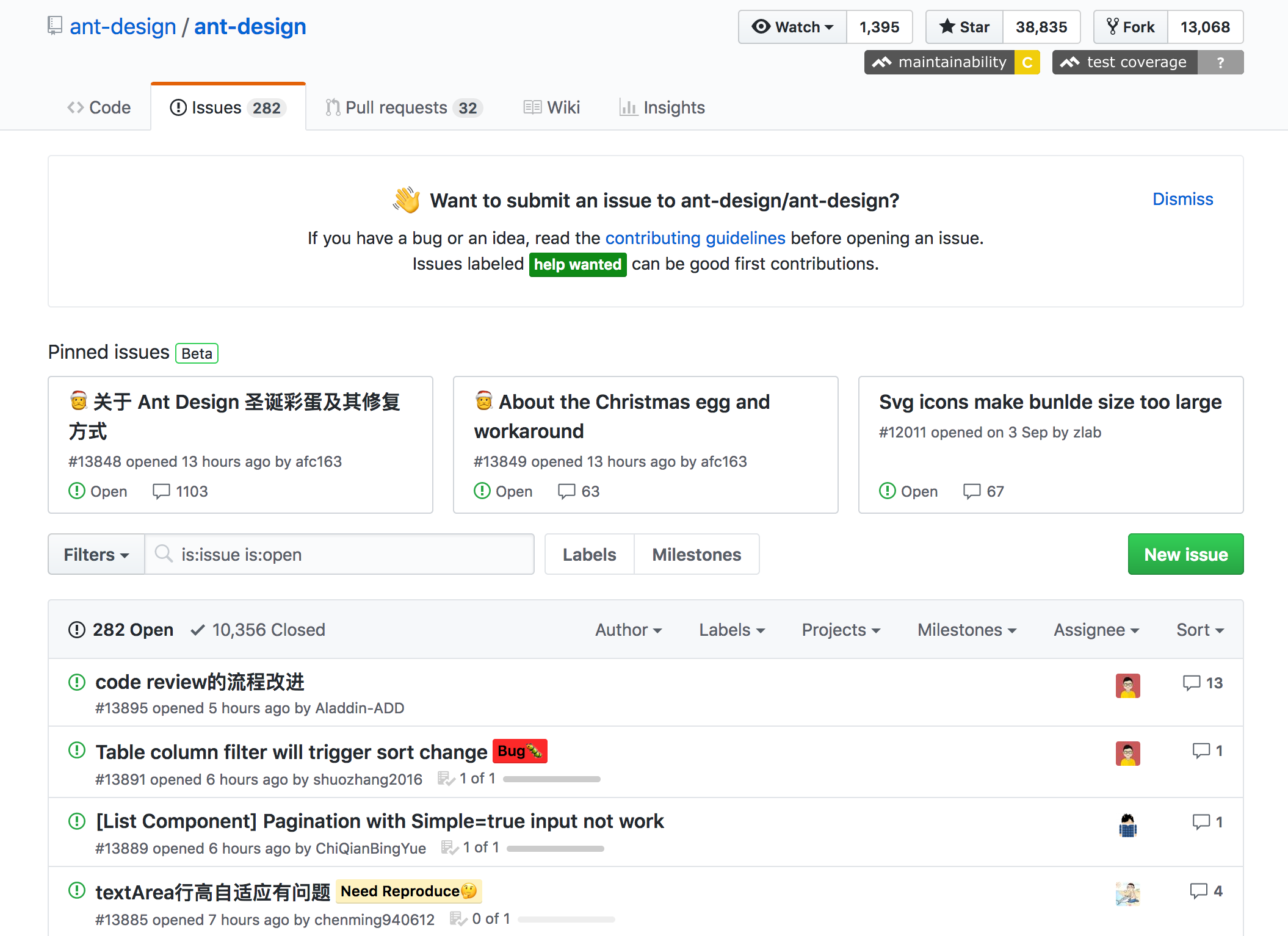